Modest wear is a practice of wearing less skin revealing clothes by both men and women. In present trends, modest wear is being referred to women mostly, however modest wear clothing is donned by men as well. Modest Wear is mostly worn to achieve spiritual satisfaction and is mainly practiced due to the religious inclinations of people. However, in the present era, significant importance is being given to the styling aspect of modest wear. By doing innovations in this field, modest wear has become more appealing and lucrative to the wider audience. 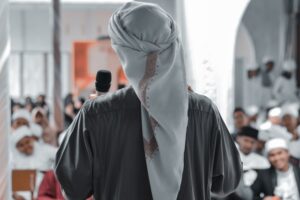 Islam gives huge importance to modest wear and the majority of Muslim countries have legislation related to enforcement of modest wear. Modest wear among Muslims is termed Islamic fashion and there is very little difference between modest wear products used by Muslims from different countries.

The holy book of Muslims i.e Quran talks about modesty for men and women in the following verses:

Tell the believing men to reduce [some] of their vision and guard their private parts. That is purer for them. Indeed, Allah is [fully] Aware of what they do. (Surah Nur Ayat:30, Translation by Saheeh international)

And tell the believing women to reduce [some] of their vision and guard their private parts and not expose their adornment except that which [necessarily] appears thereof and to wrap [a portion of] their headcovers over their chests and not expose their adornment [i.e., beauty] except to their husbands, their fathers, their husbands’ fathers, their sons, their husbands’ sons, their brothers, their brothers’ sons, their sisters’ sons, their women, that which their right hands possess [i.e., slaves], or those male attendants having no physical desire or children who are not yet aware of the private aspects of women. And let them not stamp their feet to make known what they conceal of their adornment. And turn to Allah in repentance, all of you, O believers, that you might succeed. (Surah Nur Ayat:31, Translation by Saheeh international). Among the four most sacred Hindu scriptures, the Rig Veda states :

“When Brahma has made you a woman, you should lower your gaze and should not look up. You should put your feet together and you should not reveal what the garment and the veil conceals.” (Rig Veda Book no. 8 Hymn no. 33 V. no. 19)

This verse states that the woman should wear the veil, should lower their gaze, and should not stare at the opposite gender.

This verse states that wearing the clothes of the opposite sex is not allowed.

In addition to this, the Mahavir Charitra Act 2 Page 71 states :

When Purshuram comes, Rama tells his wife Sita that “He is our elder, please lower your gaze, and put on the veil. “

Rama tells his wife Sita to put on the veil and to lower her gaze. 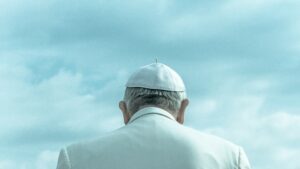 Verses from holy books of Christianity i.e Bible relating to modest wear are :

The woman shall not wear that which pertaineth unto a man, neither shall a man put on a woman’s garment: for all that do so are abomination unto the LORD thy God. (Deuteronomy 22:5)

And I want women to be modest in their appearance. They should wear decent and appropriate clothing and not draw attention to themselves by the way they fix their hair or by wearing gold or pearls or expensive clothes. (Timothy 2:9)

But every woman that prayeth or prophesieth with her head uncovered dishonoureth her head: for that is even all one as if she were shaven (Corinthians 11:5-6) 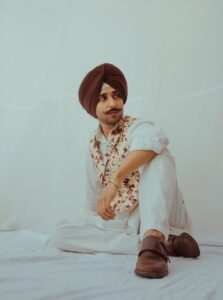 Modest wear in Sikhism has significant importance and it is also considered to be ethnic wear as in Hinduism. Male Sikhs prefer kurtas and females wear shalwar kameez. It is compulsory for all Sikhs to wear Kachhera – Loose undergarments and in addition to this, Turban is compulsory for men only. Also, Pardah (veiling for women) was critical to Sikhism however Guru Amar Das condemned it.

The verses from the holiest book of Sikhs i.e Shri guru Granth sahib encourage modest wear in the following verses:

O my friend ! wearing (clothes) which bring pain to body and mind gets filled with wrong desires, the intent to wear such clothes leads us to false pleasures leading to ruining of life.

The holy Vinaya texts of Buddhism focuses on modest wear in the following verses:

Budha said: “Nakedness is unbecoming, unsuitable, improper, unworthy of an ascetic, not allowable and not to be done” (Vin.I,305)

“nakedness in women is ugly, abhorrent and objectionable” (Vin.I,293) Modesty is one of the core values in Judaism and there are a group of laws related to modesty and modest wear in Judaism. These laws are known as Tzniut which refers to the practice of covering one’s body with clothing that is not revealing. Modesty has huge importance in orthodox Judaism.

Some verses from the holy book of Judaism i.e Torah (Hebrew Bible) has the following verses related to modesty and modest wear :

A woman must not put on man’s apparel, nor shall a man wear woman’s clothing; for whoever does these things is abhorrent to the LORD your God. (Deuteronomy 22:5)

and said to the servant, “Who is that man walking in the field toward us?” And the servant said, “That is my master.” So she took her veil and covered herself. (Genesis 24:65)

The two of them were naked, the man and his wife, yet they felt no shame. (Genesis 2:25)

This shows that modest wear is neither restricted to one religion nor one gender. It has been a part of everyday life. We at Baraqah Fashion are making a small effort to revive this forgotten trend.

Check our range of modest wear products by visiting the Baraqah store.